In 2007, the Internet Corporation for Assigned Names and Numbers (ICANN), the international organisation in charge of the governance of the Internet, decided to free up the top-level of domain name space, allowing regions and brand holders to apply for top-level extensions in their own name. This new generation of domain names will add to the list of existing “generic” extensions (like .com, .net. or .org), and will co-exist with geographic extensions like the .fr or the .uk.

This opening up of the DNS was ratified by the Board of ICANN, in June 2011, after several years of debates and controversies. The decision was even met by considerable resistance from the US government, several European governments,  and the European Commission, and the tensions between ICANN and the governments was probably the cause of the announcement of the departure of ICANN CEO, Rod Beckstrom.

So, now that the door has been opened for the creation of this new type of extension, businesses, international organisations and city or regional administrations need to ask themselves about the opportunity for creating their own extension, whether this be a .corp (e.g. .canon or .microsoft), a .city (e.g. .paris), or a .region (e.g. .corsica, .bzh or .bourgogne).

For businesses and city or regional administrations the creation of a top-level domain in their name will allow them to create a secure digital identity. The Internet user who goes onto the .ibm site or onto the .paris site will be 100% certain that he has been directed to the right site. He will be able to pass on his password and personal data or conduct transaction in complete confidence without the fear of being a victim of phishing. In 2010 phishing attacks grew and became a worrying global phenomena. A bank will be able to give its clients the assurance that extensions other than .bankxxx are directing them to fraudulent sites.

A new field is opening up for the digital strategies of companies and city or regional administrations. It is a field which, in view of its implications, goes beyond the strict confines of the Internet.

Michel Vivant, professor at the Sciences Po Law School (Paris) recently estimated, during a seminar organised by ITEMS and the law firm Gide Loyrette Nouel that “this new framework will lead to the emergence of an entirely new set of legal problems as it will change the very nature of the extension. It will become a form of identification which will call for a choice by companies, city and regional administrations and communities”

ITEMS International established and international consortium (gTLD Team) to assist companies and city and regional administrations in determining opportunity cost of applying for an internet extension and to help them prepare their applications.

During the Global Forum next 7-8th November in Brussels, ITEMS organize a specific double session dedicated on the new gTLDs (8th Nov, PM).

Please let your email if you are interested in participating: 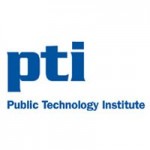 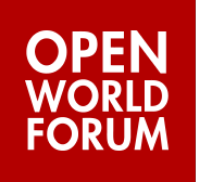